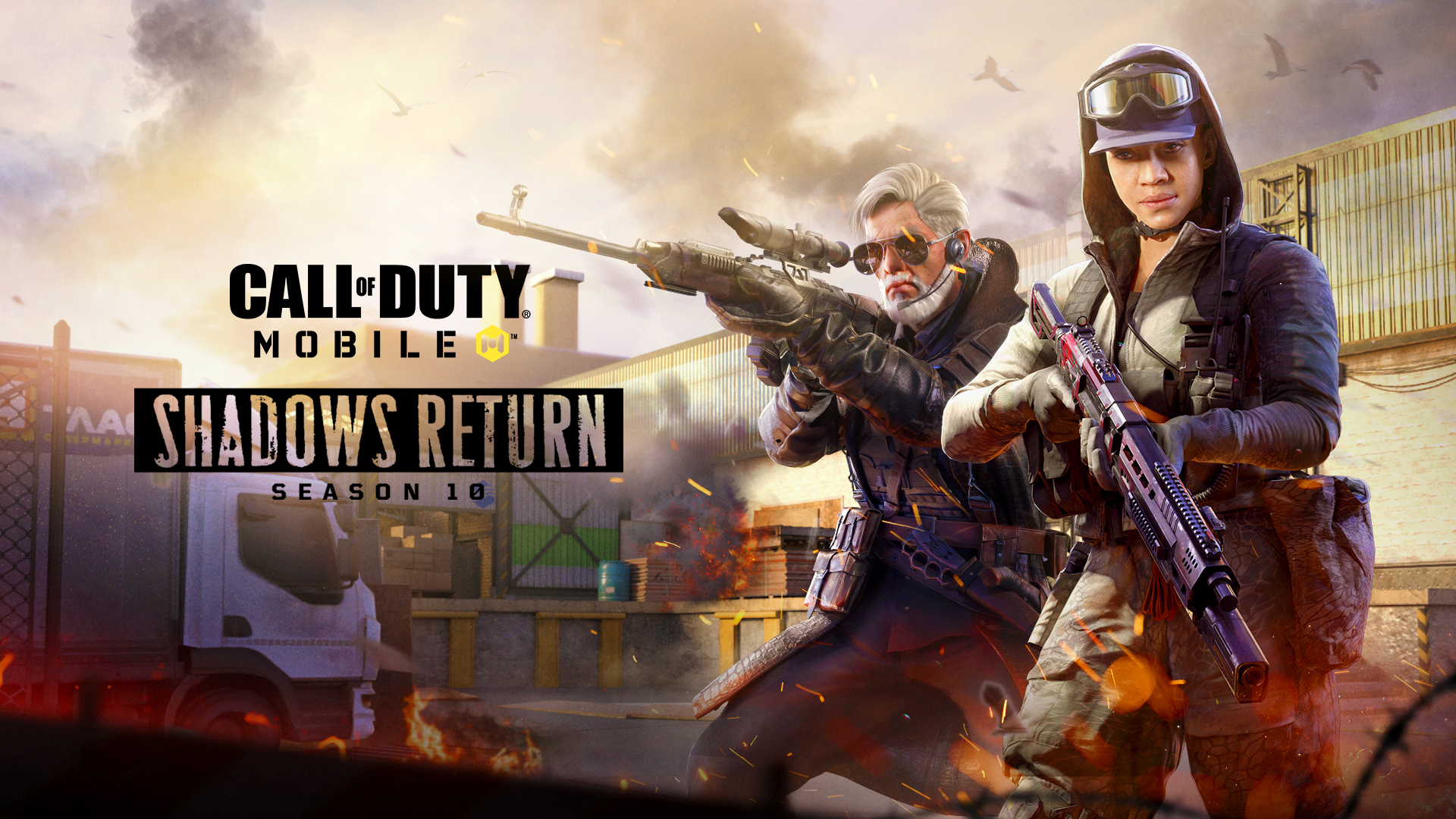 SHADOWS RETURN IN SEASON 10 OF CALL OF DUTY®: MOBILE

A troubled past pushes Templar to the breaking point in Shadows Return, the tenth season in 2021 of Call of Duty®: Mobile. Season 10 brings a new Multiplayer map, a new themed event and Battle Pass, the Call of Duty: Mobile World Championship 2021 Stage 5 Finals Presented by Sony, and more.

In his hunt to find the missing agent Stansfield, Templar discovers more than he bargained for: a new dark alliance. Uncover more in Season 10 of Call of Duty: Mobile, bringing the new Vacant Multiplayer map, the Search for Stansfield themed event, two new weapons, a new Operator Skill and Scorestreak, a brand-new Battle Pass, and much more.

Season 10 is packed with new content to keep you engaged as we head toward the end of the year. Shadows Return goes live on November 17 at 4 PM PT. Let’s get into the details: 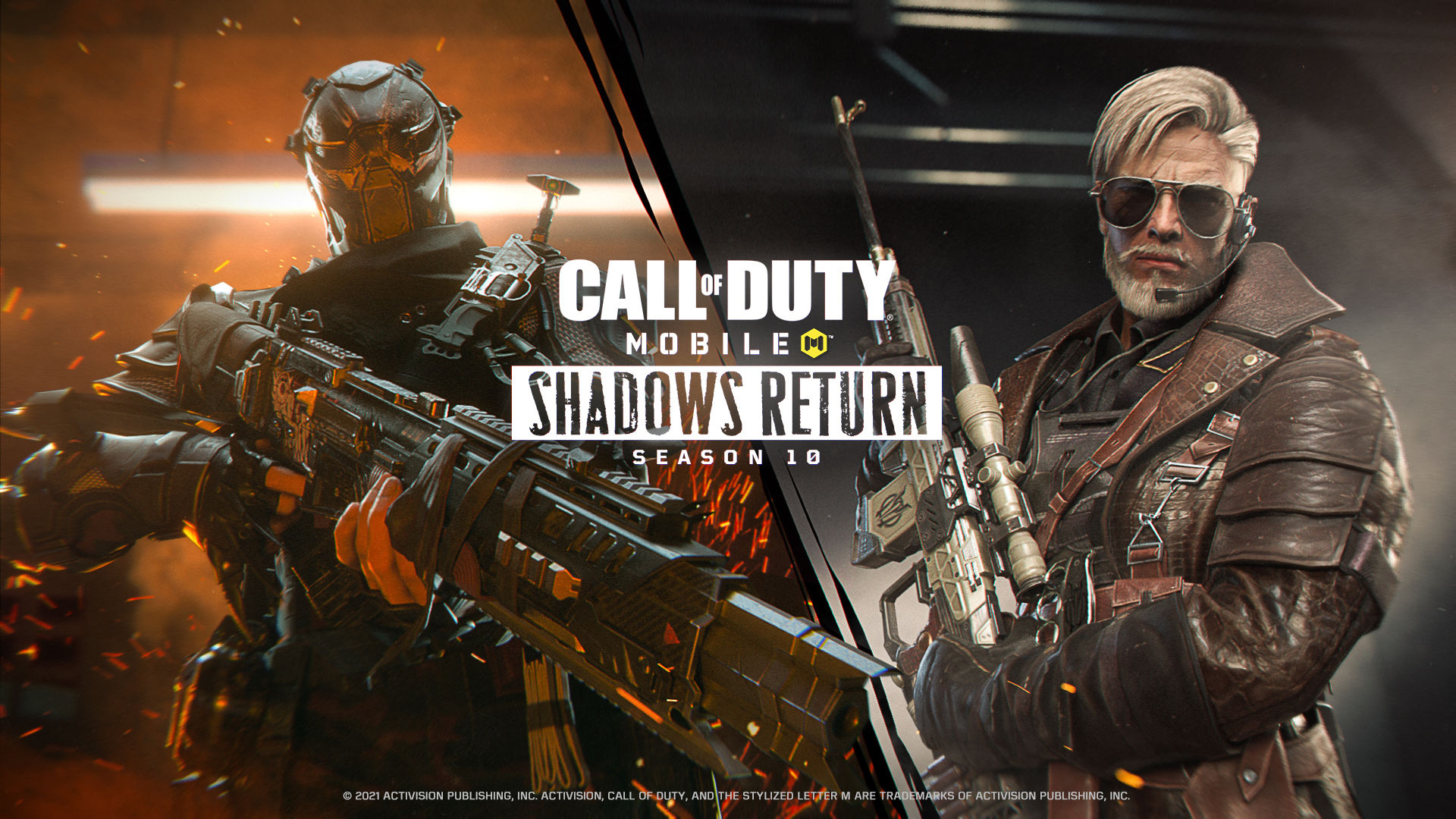 Get the Battle Pass for the chance to earn all of the content available in the Shadows Return stream, including the new Stansfield Operator and Epic Operator Skins like Templar — Unredeemed, Alice — Rime, and Yegor —Needleworked. Get new Weapon Blueprints like the LK24 — Vanquished, SVD — Black Ironwood, PP19 Bizon — Hidden Prowler, and the AS VAL — Tagger. 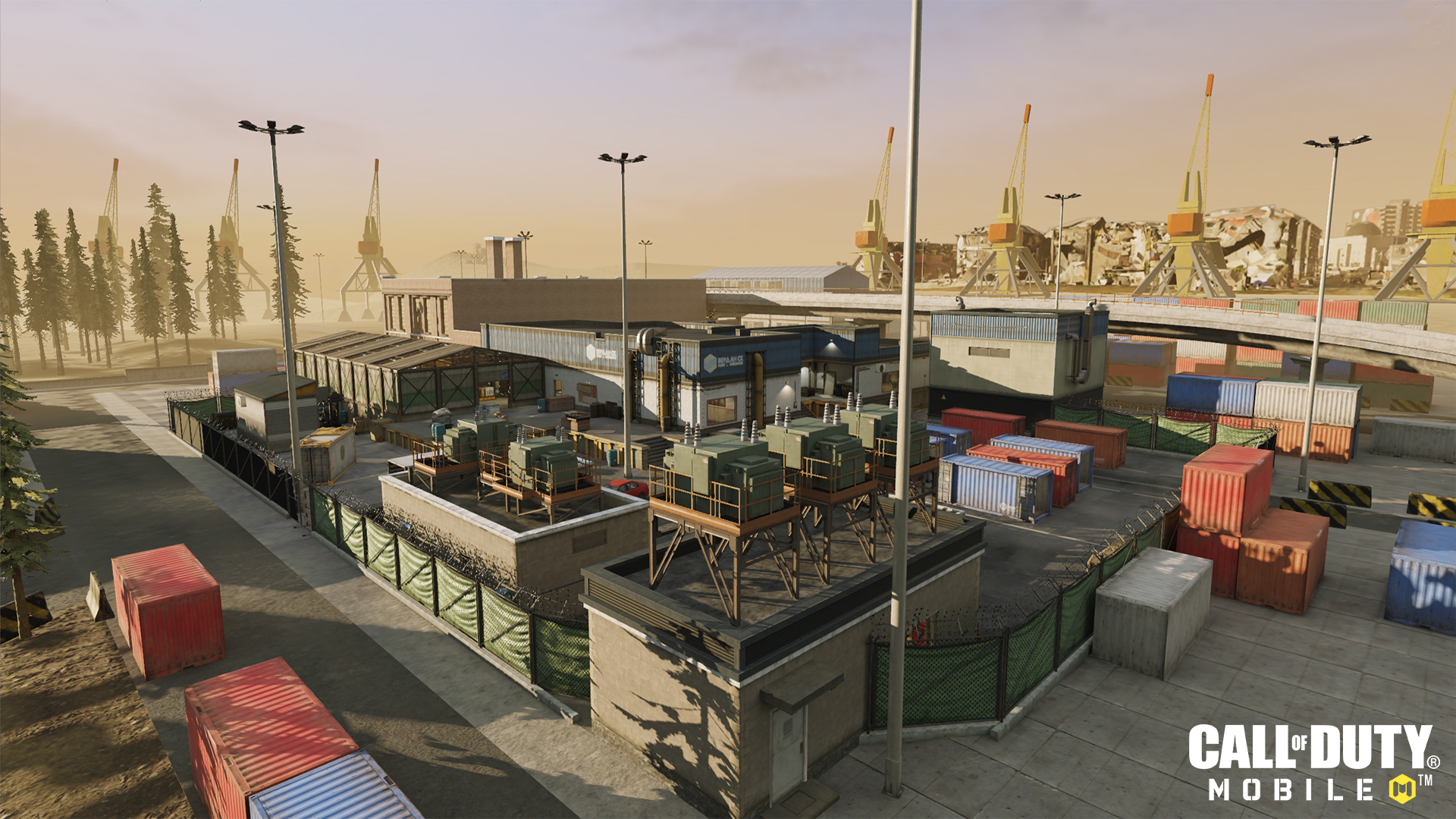 First featured in the original Call of Duty®: Modern Warfare®, Vacant is a small map set in and around an abandoned office building. Close-quarter combat reigns indoors, while long-distance fighters will feel at home around the destroyed vehicles and containers outdoors. Master the whole environment to top the scoreboard no matter your location.

Fight hard and don’t let up for the chance to be featured as MVP at the end of the match. Show off your skills in the new MVP replay, where your best eliminations are displayed for all to see. 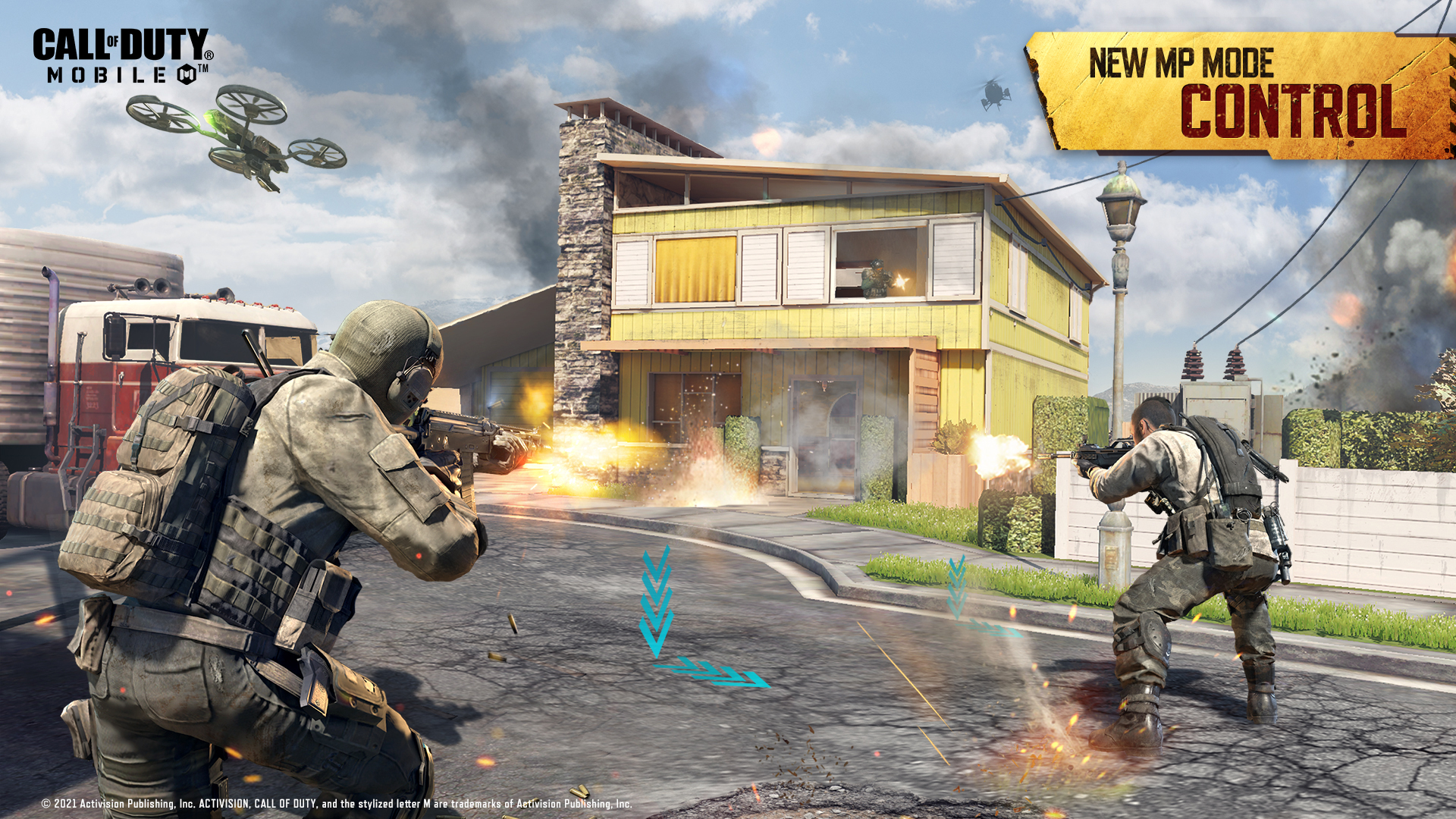 First experienced in Call of Duty®: Black Ops 4, Control tasks teams with the goal of attacking or defending two designated points before running out of respawns. Attackers must capture both points before the end of the time limit to win the round, while the defenders must fight to keep that from happening. Teams switch roles between rounds, and the first team to reach the round win limit wins the match.

Season 10 introduces several Multiplayer optimizations across maps and more. The overall lighting in Hackney Yard has been improved, and Hovec Sawmill is back to daytime along with a new waterwheel animation. In Nuketown, bullet penetration has been slightly adjusted to inflict more damage through certain wooden boards.

When using the Tempest Operator Skill, hitting the ground or wall near an enemy will inflict lightning damage, and the UAV Scorestreak now displays the red dots of enemies in sync with the scanning effects. A Gung-Ho freezing issue has been squashed, and the Operator Loadout interface is newly optimized with an added skin function to equip your operators with ease. 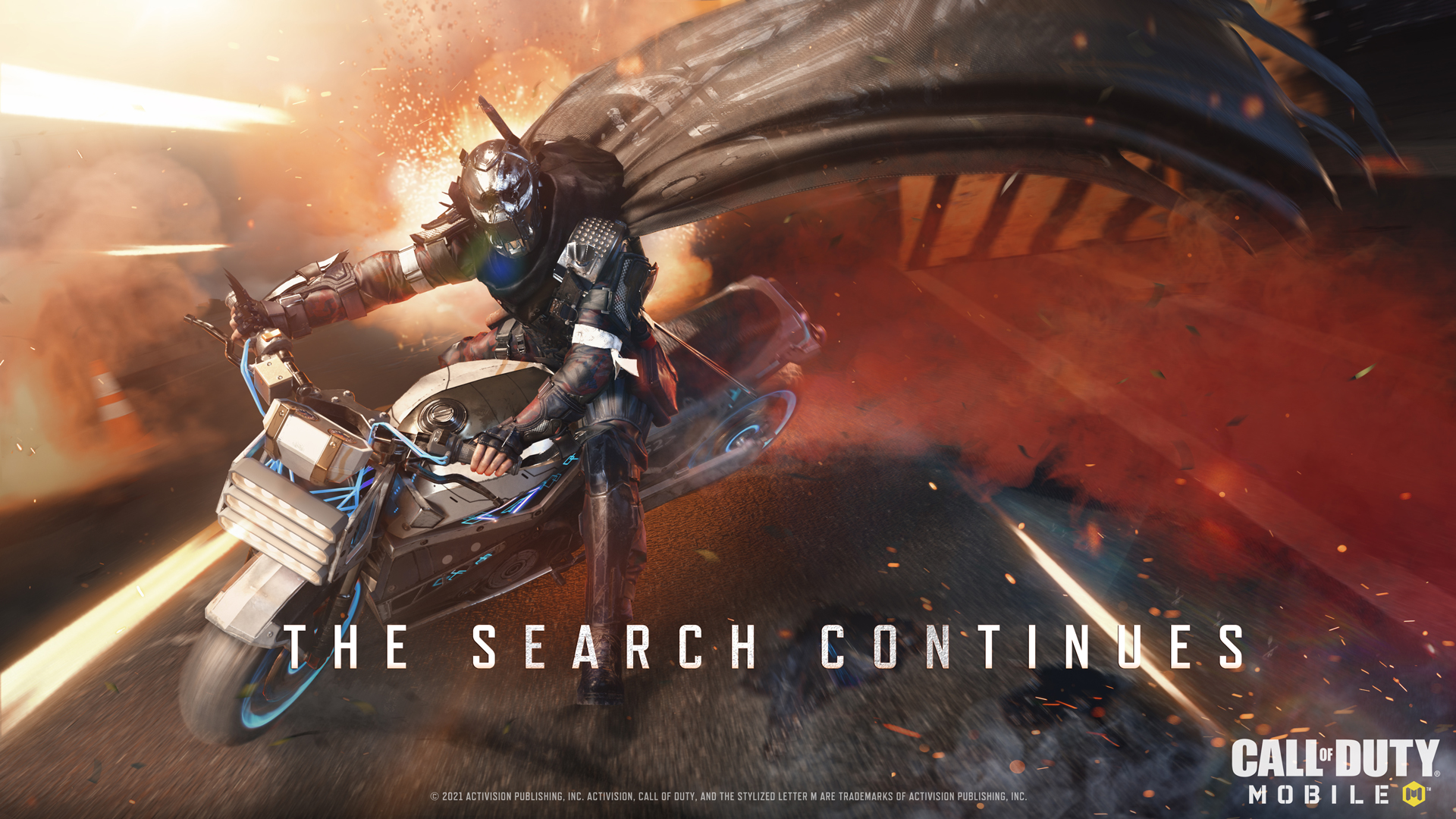 The search for Stansfield is of critical importance, and we need every Operator on hand to help with the mission. During the event, complete Multiplayer and Battle Royale matches to earn points that you can spend to progress the search. Uncover additional intel about Stansfield’s location and earn rewards along the way.

The fan-favorite Warfare Battle Royale mode is coming to Blackout! Two teams of 20 players each duke it out with unlimited respawns as each team attempts to reach the score limit first. If you’re eliminated, you’ll keep the weapons you’ve accumulated on respawn, so you can get right back into the action without starting over from square one. 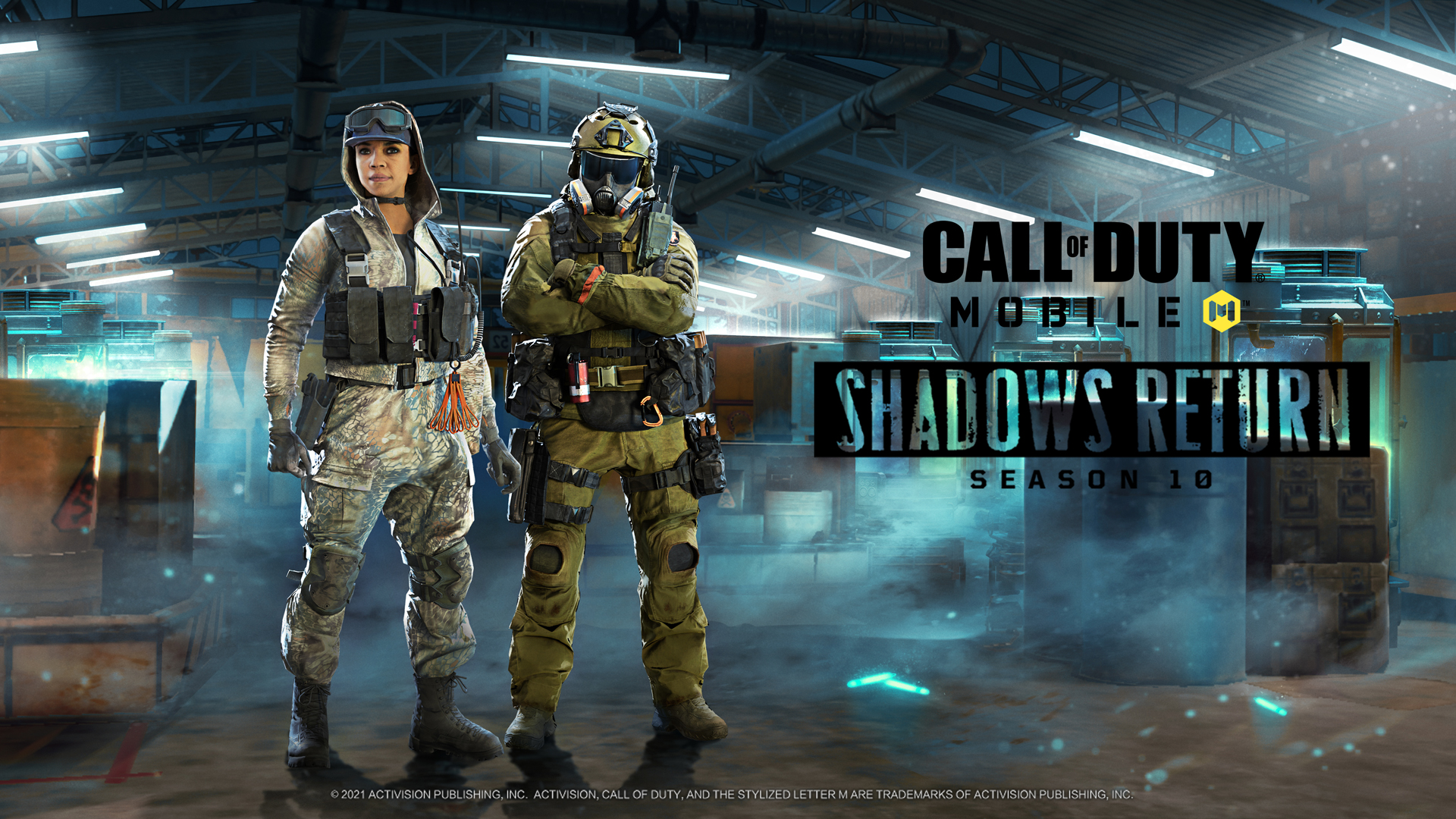 A new suite of challenges offers the chance to further expand your armory with many different events coming in Season 10. For Seasonal Challenges, you can snag new a brand-new SMG through the Challenge - CBR4 Supremacy (launching in early S10) or an Epic M13 weapon blueprint in the Challenge - Ya Shoot, Ya Score.      Additionally, through the eight featured events in S10 you can snag weapon XP, weapon blueprints, and a wide variety of cosmetic items to help bling out your gear.

To ensure that all Operators are properly rewarded for their efforts in Clan Wars, we’re greatly increasing the amount of Clan Wars currency earned each week. Use your currency to purchase new Season 10 rewards in the Clan Store. Missing rewards from a previous season? Worry not, as these rewards are bound to show up again down the road.

Season 10 adds new ways to earn more game content. Claim the new Daily Free Crate once every 24 hours for the chance to get content you missed out on from previous season rewards. There’s also the new Credit Crate, featuring Rare and Epic variants of past rewards. Fill out the missing pieces in your armory; then get back to the fight. 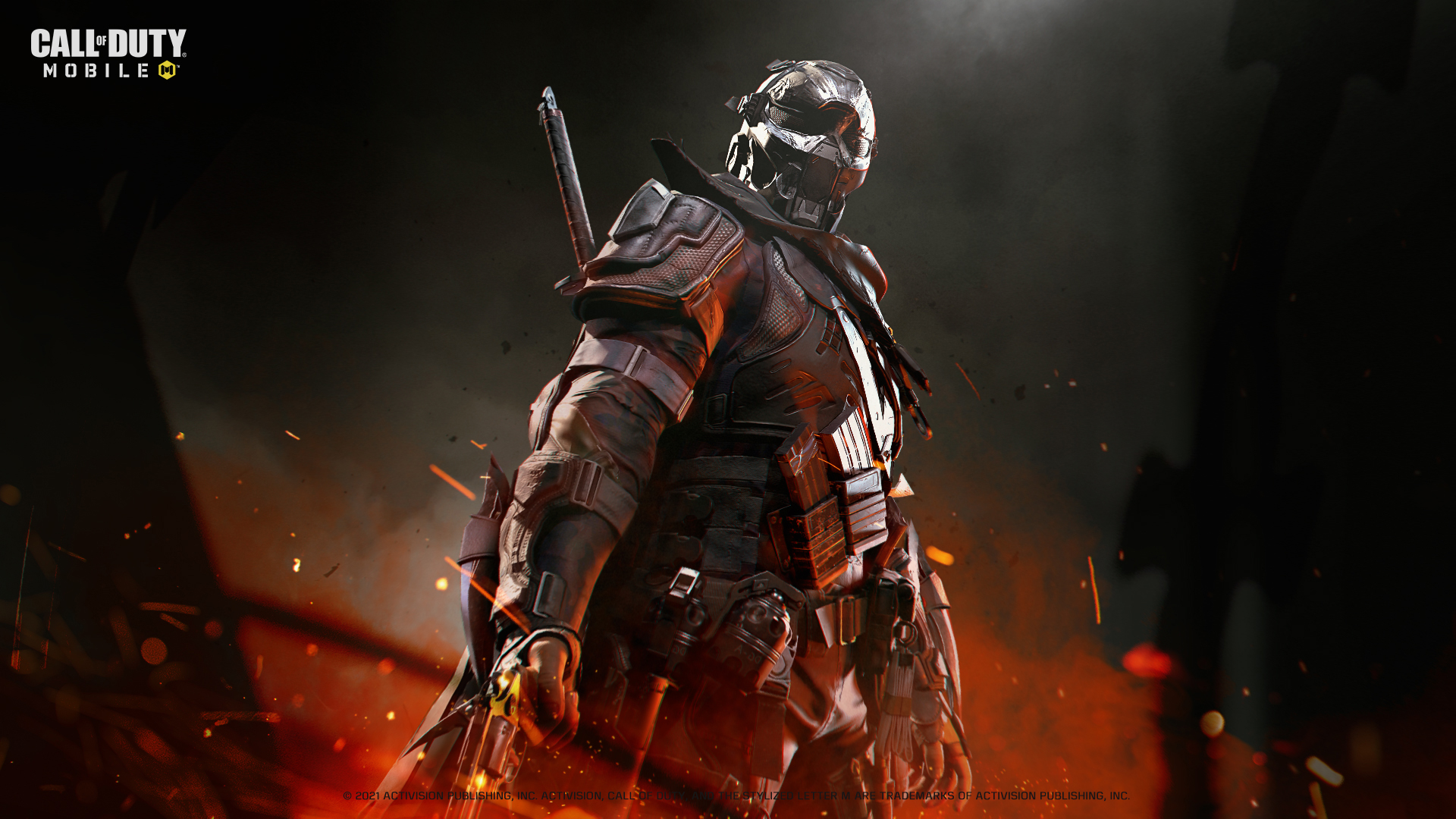 If you haven’t already, now’s the time to tune in to the Call of Duty: Mobile World Championship 2021 Stage 5 Finals Presented by Sony. The tournament enters its finals stage in December with more than $2 million in prizes for the taking.

Stream the Western Finals taking place on December 4 and 5, followed by the Eastern Finals on December 11 and 12. Watch the best players in the world compete, and up your own game in the process.

Gear up and prepare for the fight when Shadows Return launches on November 17 at 4 PM PT. Make sure to check out the action here. 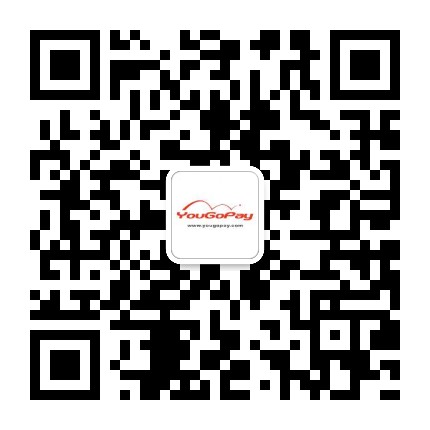